FOR DELIVERY OR COLLECTION 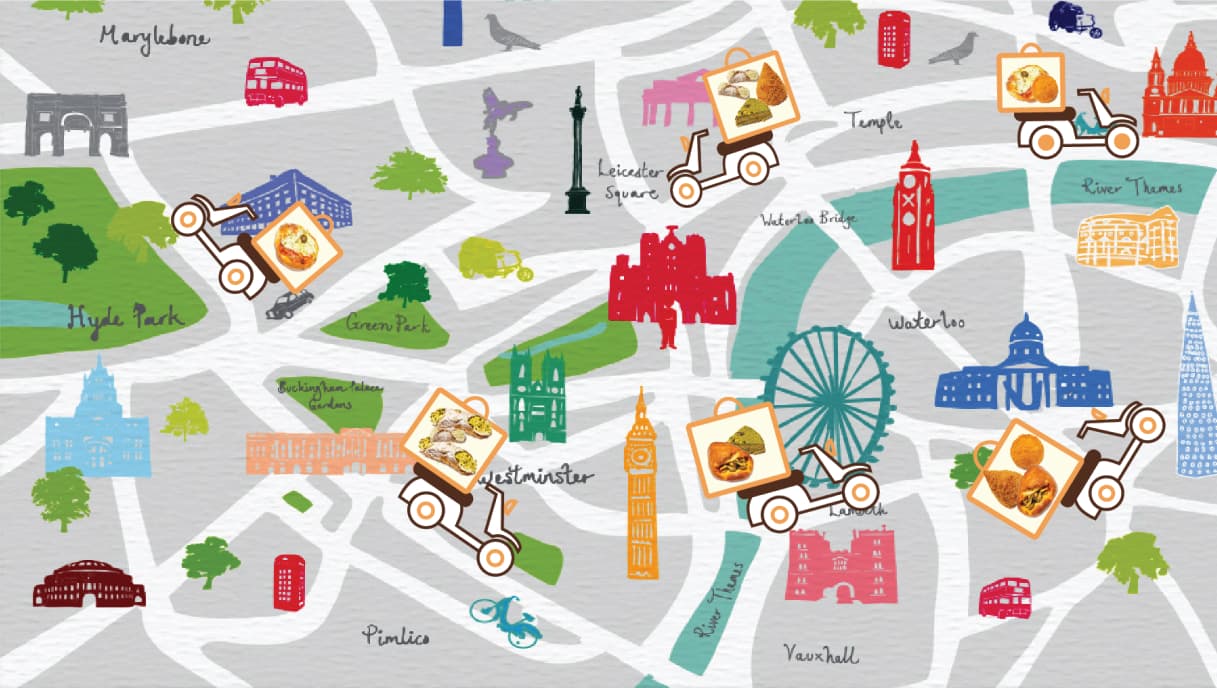 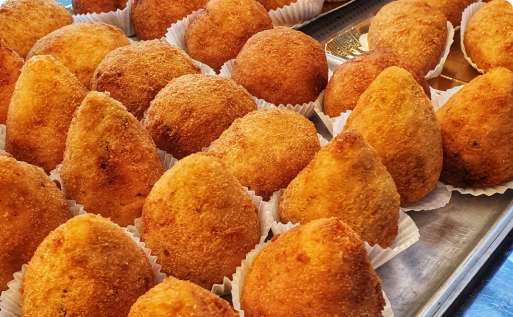 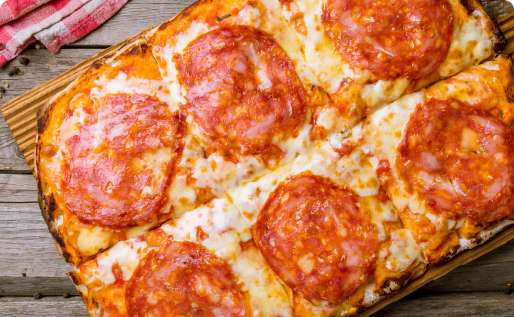 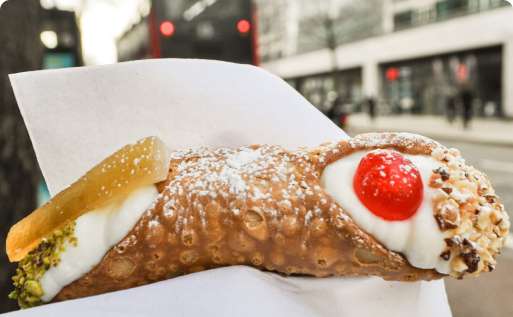 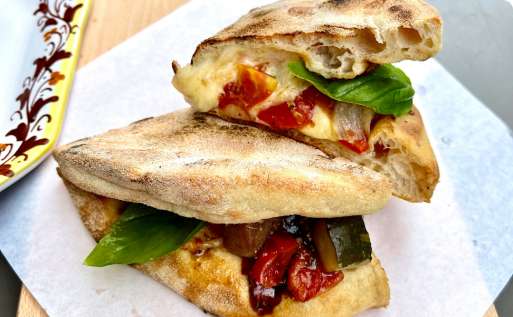 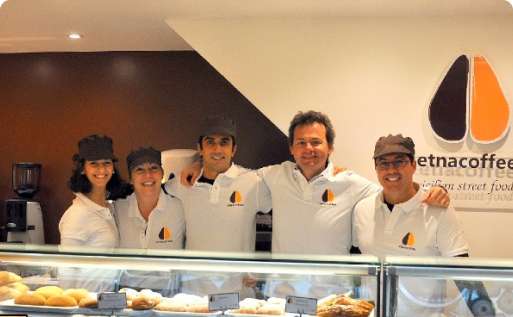 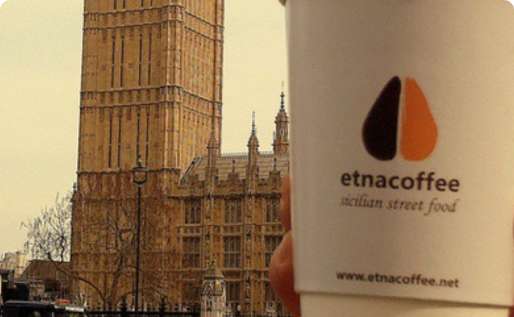 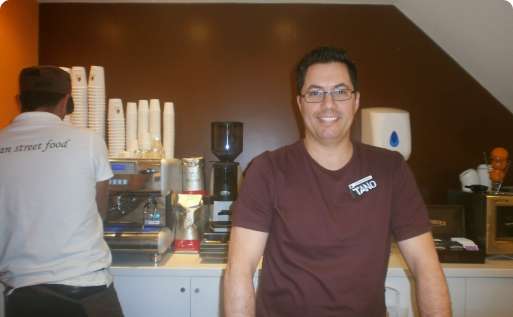 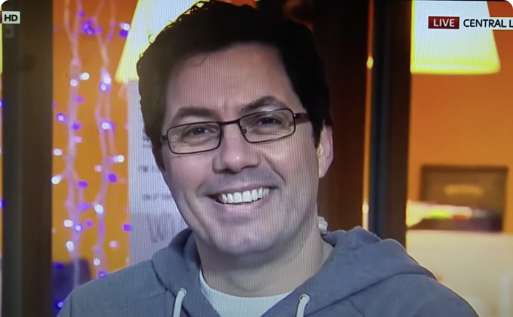 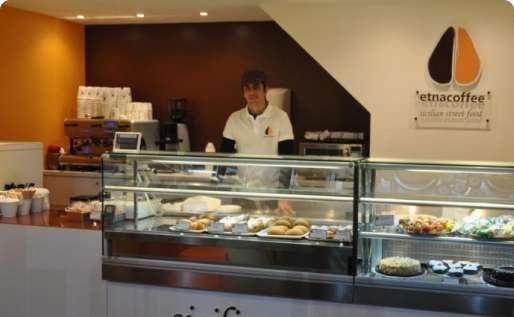 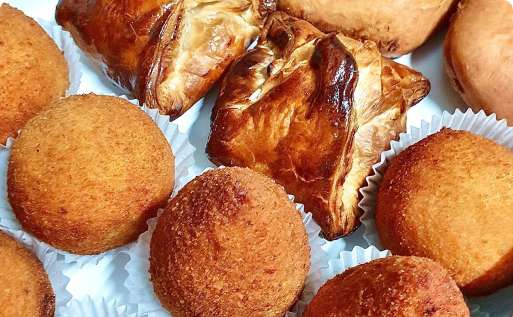 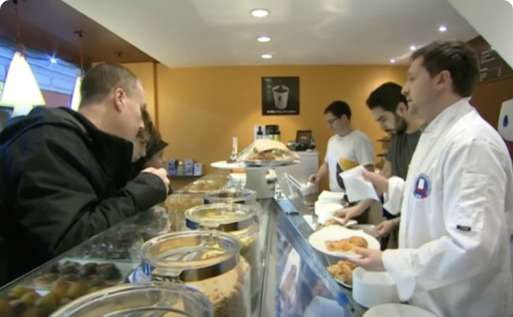 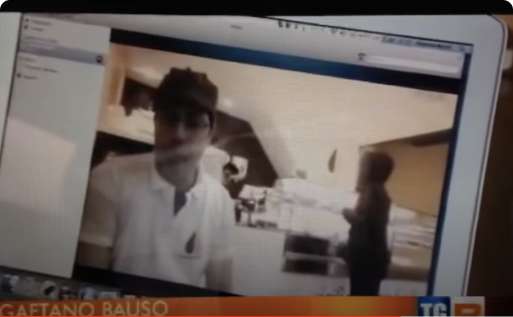 Once upon a time, in the beautiful island of Sicily, there lived two brothers named Gaetano and Enrico. They grew up in Catania, a famous street food city. The two brothers learned the art of cooking from their mother and honed their skills as they grew up.

Years went by and Gaetano and Enrico both decided to pursue their passion for food by starting their own street food business. Their dream was to bring the authentic flavors of Sicily to new and exciting places. One day, they heard about the vibrant food scene in London and decided to take the leap. They packed up their bags and headed to the UK to chase their dreams. It was the 2014.

Gaetano and Enrico opened up ETNACOFFEE a small coffee shop with street food in the heart of the city, Victoria Station.

At first, things were tough but soon people began to take notice of their delicious dishes.

Word of mouth spread quickly specially with the help of social media, and soon the brothers' Sicilian shop became a staple of the London street food scene. They served classic Sicilian dishes like arancini, cassata, and their specialty, cannoli, all made with fresh and authentic ingredients.

Their hard work and dedication paid off, and their business took off, and their popularity only continued to grow. People came from far and wide to taste the delicious food of the two brothers from Sicily. Years passed, and Gaetano and Enrico's business flourished. They became known as the go-to place for authentic Sicilian street food in London, and their success was a testament to the power of passion and determination. The two brothers were proud of their accomplishments, but they never forgot their roots, and they continued to honor the traditions and flavors of their hometown in every dish they served. In the end the journey from Sicily to London is a true success story, now they are in the new place in 54 Baker Street. 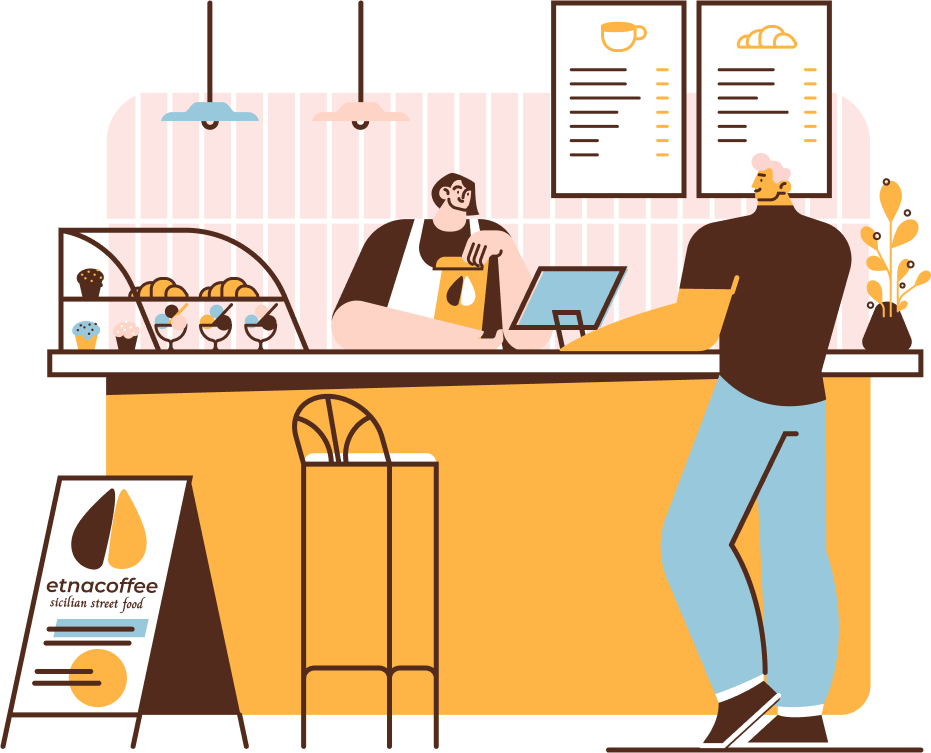